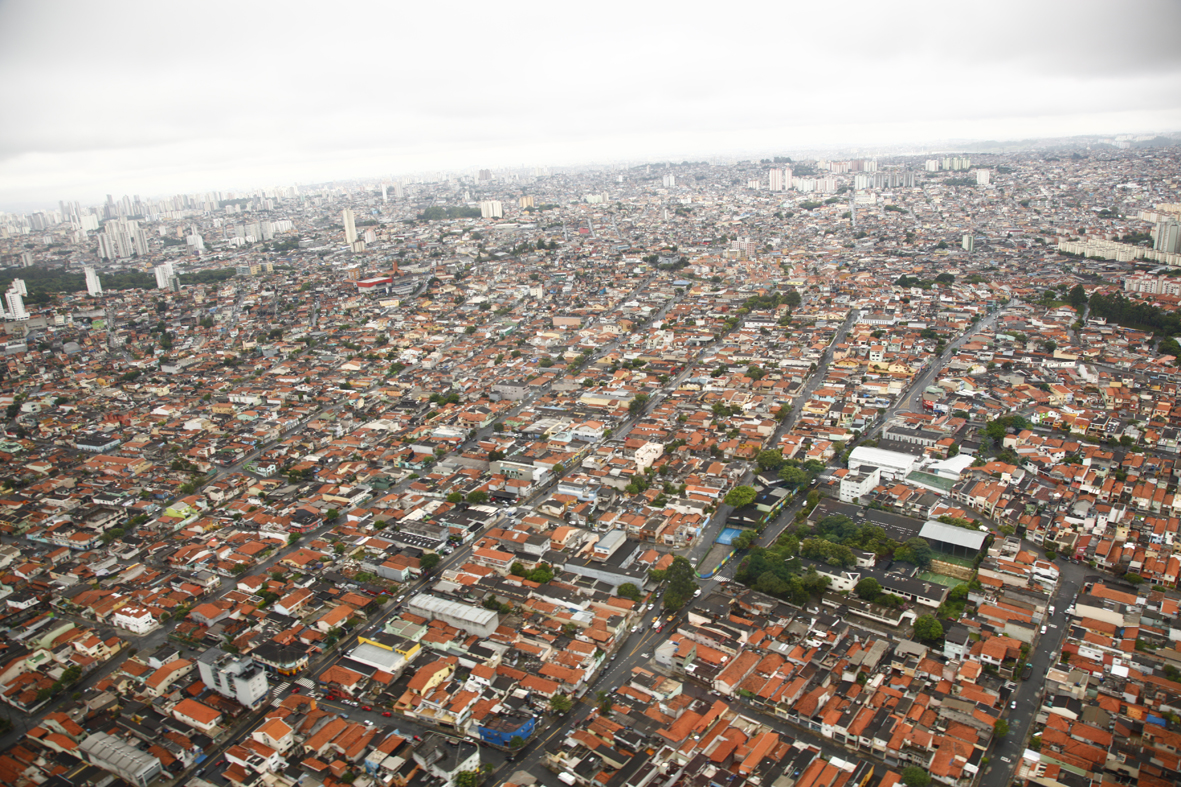 Since the 1980’s the liberalization of the global market and the unprecedented expansion of many world’s cities have generated such complex and extended metropolitan situations that many local and state administrations have been unable to plan and control their development.

Many large cities such as São Paulo, Medellin, Nairobi and Mumbai have largely grown through processes of construction and expansion that are often informal: a direct consequence of the incapacity of public policy to foresee the mutating urban requirements.

Nevertheless, this phenomenon is not the only one capable of describing the informal dynamics  that transformed many cities during the last 30 years: Moscow, which has been developing for many decades under strict state control, since the fall of the Soviet regime has become witness of an array of informal economies and physical transformations, that are directly linked to the development of capitalism; Rome, a city traversed by growing waves of migrations towards the “first world”, has demonstrated how overly bureaucratic systems can prove incapable of welcoming and incorporating diversity.

Slums, favelas, bidonvilles, shanty towns… today, over a billion people in the world live in informal settlements. And over the next fifty years, they will be joined by another half a billion.
Today, the population of São Paulo is twelve million, of whom three million live in informal settlements that have grown exponentially in recent decades, invading all the available space in and around the city.
From 2005, the administration of São Paulo decided to take the risk of stating that informal settlements and the favelas are not a degenerative disease affecting the contemporary city, but the result of the excessive speed of migration and the inability of city governance to deal with it fast enough. That favelas are truly part of the city.
This approach has opened up a new perspective in managing the urban growth of São Paulo, according to which the objective is no longer that of eradicating and eliminating the informal part of the city, but rather, of improving it, because this is absolutely feasible.

The plans undertaken in recent years by the Secretaria Municipal de Habitaçao, São Paulo, represent a painstaking experimental process undertaken day by day, one small step at a time. Above all, they express an awareness of the soul of the territory, and the conviction that understanding the complexity and human wealth of a location is the first step for correctly-calibrated political action.

From January to June 2012, a touring exhibition in the São Paulo favelas analyzed the characteristics, differences and underlying motivations for informal settlements in Rome, Nairobi, Medellin, Mumbai, Moscow and Baghdad, describing the work and experience of researchers, architects, activists and artists who worked in close contact with the resident communities.

The same group of researchers arrived in São Paulo and set up six workshops in six favelas of the city, with the objective of analyzing and understanding the life of the communities living there and, working with them, developing best practice, ideas and dreams.
Adopting the attitude that self-governance of needs, and independent, grassroots enterprise are fundamental factors that should be encouraged for satisfactory political and urban intervention, from January, every month, a favela in São Paulo is listening to the lessons and discussions promoted by international guests. 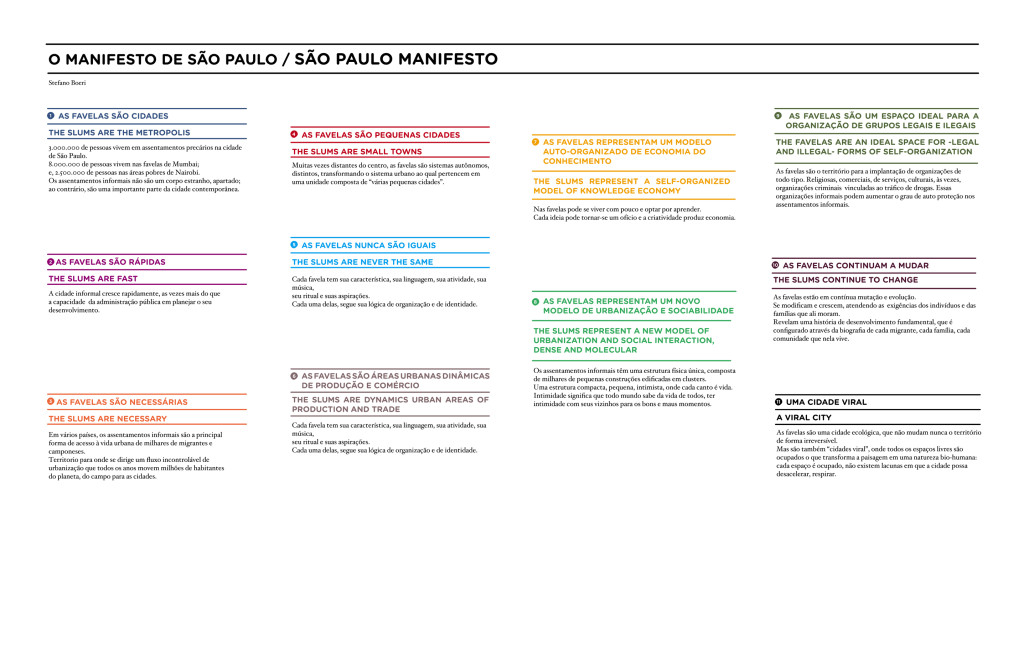