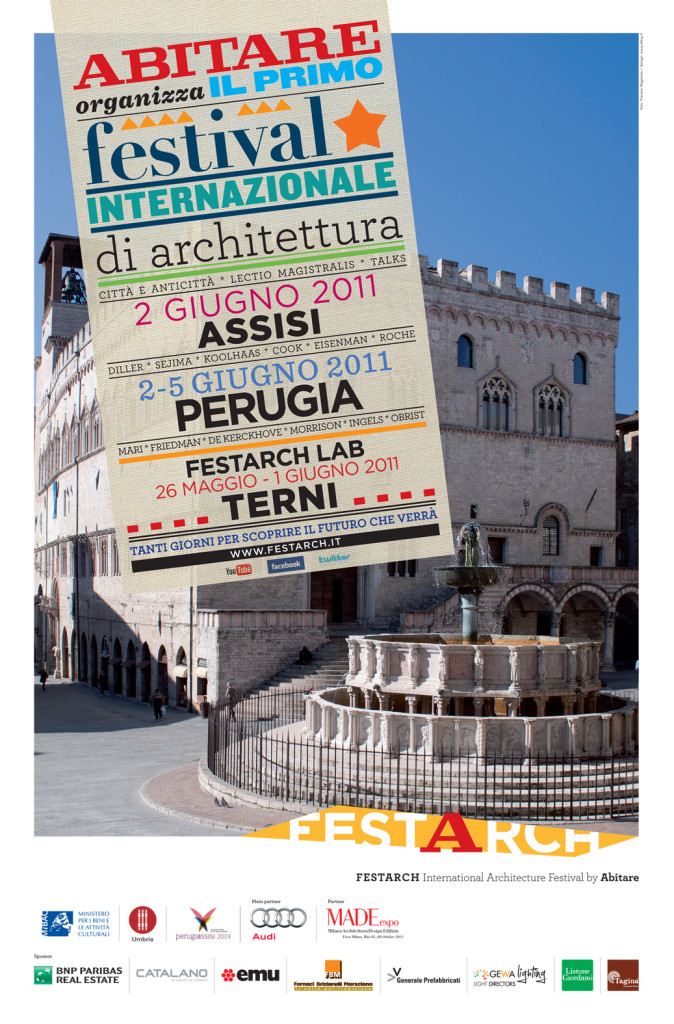 Festarch 2011 – ‘ Visions of the future: Anticity ’: the objective was to discuss the constant drive towards transformation and social and physical development in contemporary cities. Like an underground river, Anticità loosens the bonds that make up our society; however, it also expresses the hope for change and adaptability in the physical space that we inhabit.
In Perugia 2011, 250 voices worldwide reasoned on the way to manifest to the world what dell’Anticittà’s fusion meant for the future.
During that edition of the festival, I worked as consultant to Stefano Boeri, actively working in the creation of the theme and organization of the festival.