ARGOS: ARCHITECTURAL COMPETITION FOR THE DESIGN OF THE CENTER FOR THE INNOVATION OF CONCRETE

This competition called for the design of a Science and Technology faculty for the EAFIT University of Medellin.
As coordinator of this project, I collaborated with Argo, the most important cement production company in Colombia, with the aim of constructing a space for innovative research worldwide.
The idea of the proposed project envisioned a building that could be explored in all its parts, internal and external, and that had the power to create diverse spaces that would encourage encounter and dialogue.
Thus, research would be seen not only as an area of study, but as a space for dialogue, encounter and creativity.
It would be a building that creates spaces for the coexistence between human and non-human beings, such as plants and animals. It would be a building that is not a book, but rather similar to a plant, seeding knowledge throughout. 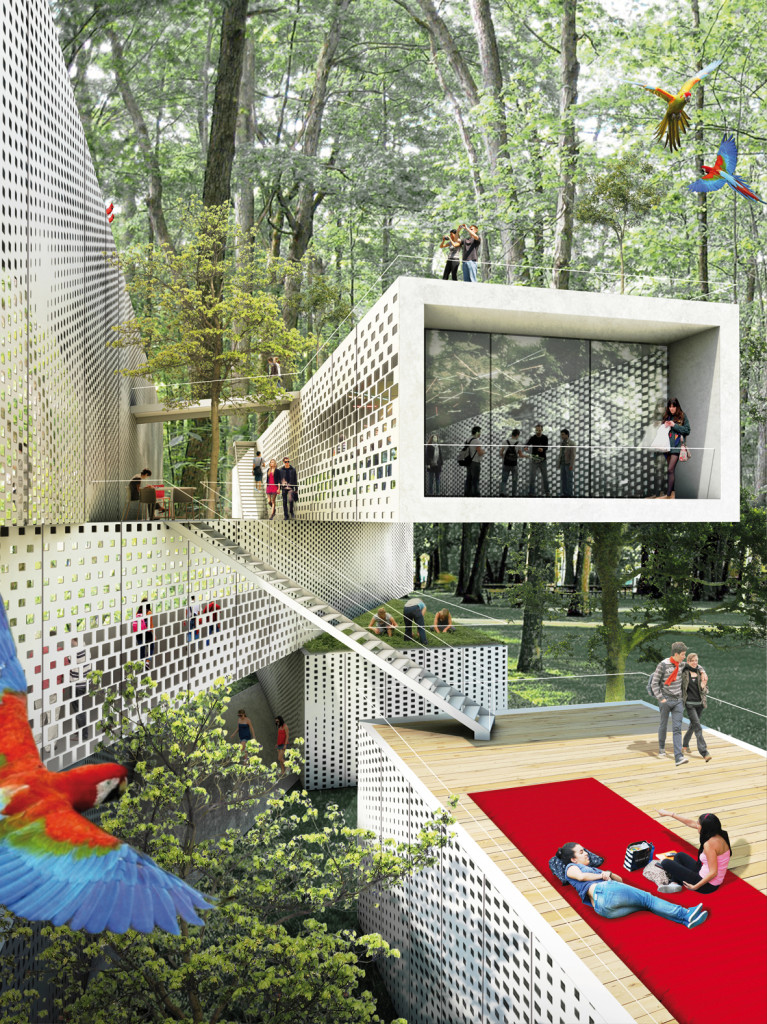 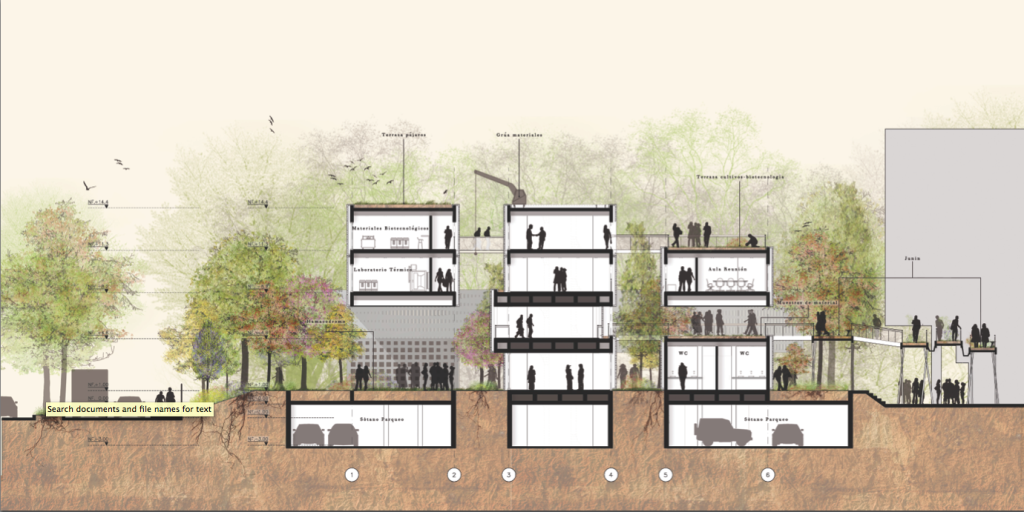