A floating theatre for the urban regeneration of Mantua lakes. ©photos by Siglacom for Mantova 2016

During the fall Mantova, Italian Capital of Culture 2016, activated the city’s lakes through Arcipelago di Ocno, a new aquatic installation on the city’s waterfront by Genoa-based studio Space Caviar led by Joseph Grima. The aquatic installation opened on  September 11, with a special performance of Mantova’s Chamber Orchestra hosted by Mayor Mattia Palazzi, the Councillor for Urban Regeneration of the City of Mantova Lorenza Baroncelli and the President of Fondazione Mantova Capitale Europea dello Spettacolo Francesco Ghisi. 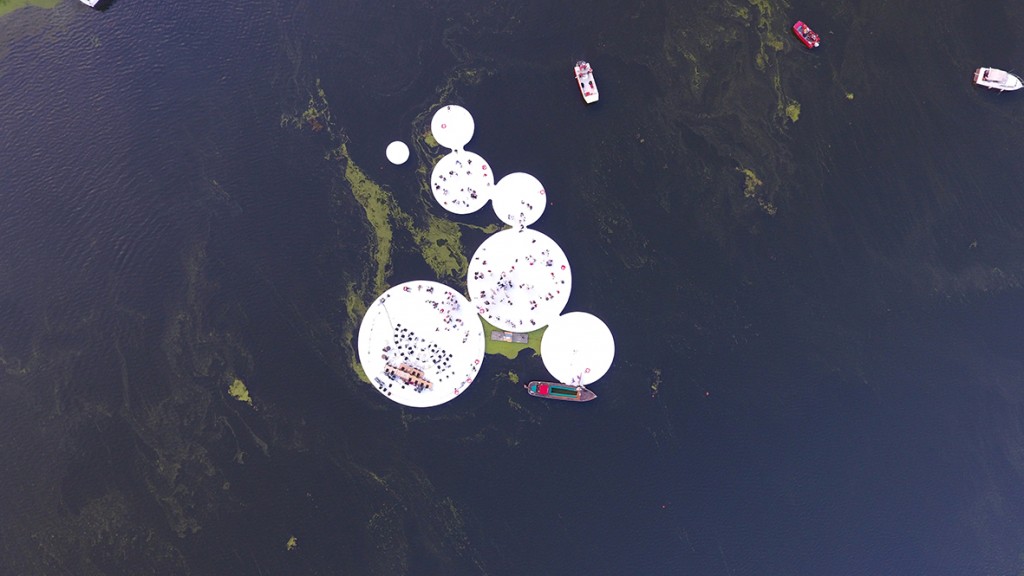 The archipelago of floating islands was intended to function as an aquatic piazza for the city, extending Mantova’s urban fabric onto the lakes that surround its historic centre. Throughout the autumn season it hosted concerts, events, performances, lectures and screenings on Mantova’s lakes, transforming them from a picturesque backdrop to an active site of urban life. The islands form modular units which can be reconfigured, relocated and extended according to the activities they host, and have continued to provide a venue for Mantova’s cultural activities in years to come.

“Following our work on the Rio, the city’s inner canal, and the lakes, we want Mantova to rebuild its relationship with its waterfront”, said Mayor Palazzi during the opening event. “We are doing this both through public investments and cultural programs. The Archipelago will function as an extension of the urban fabric onto the lakes, providing the city with a set of floating piazzas that will grow over the coming years, giving the city a versatile new venue for events and activities.” 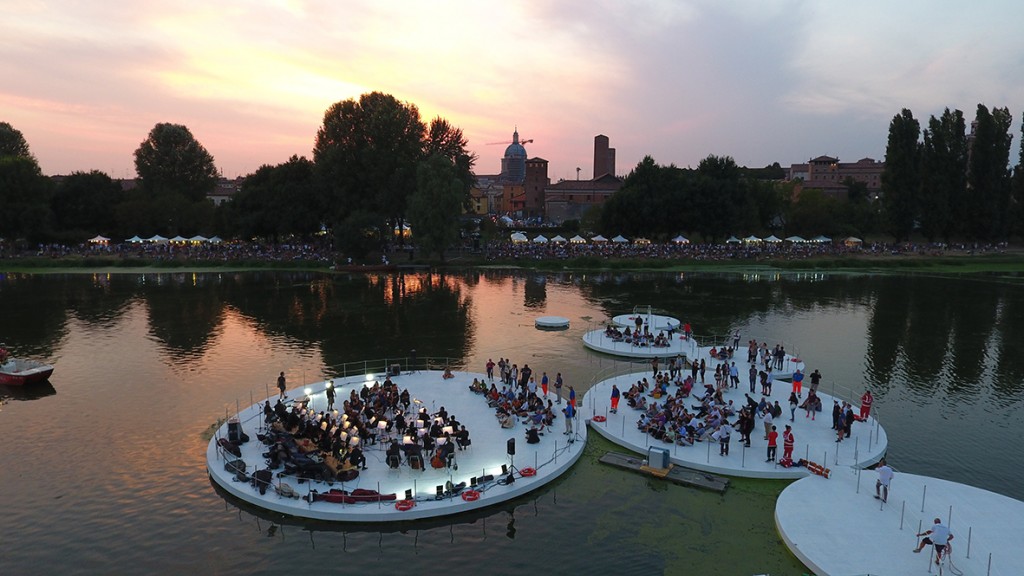 “Mantova’s citizens have been deprived for too many years of the pleasure to fully enjoy the relationship with water – added the Councillor for Urban Regeneration Baroncelli. “The archipelago will be a new, significant step in the effort to absorb the lakes into Mantova’s urban and social fabric. In addition, the archipelago finally represents an element of artistic and cultural innovation with a great international appeal alongside the city’s most historical beauties.”