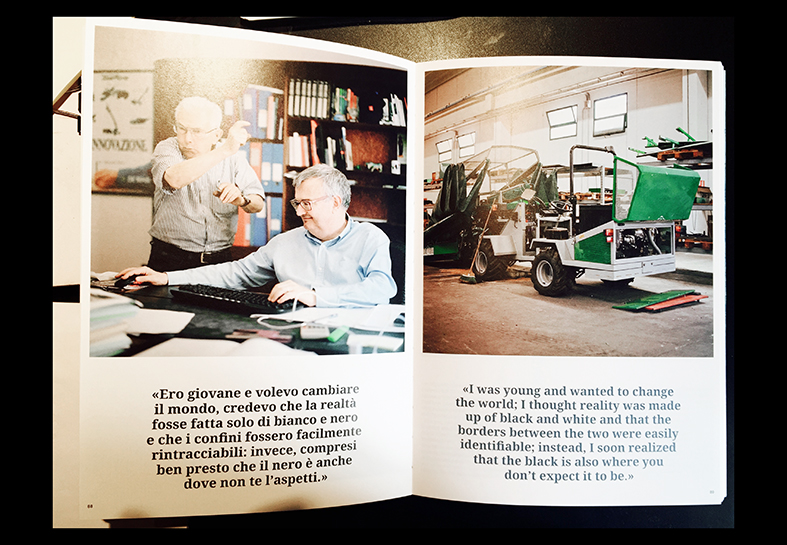 The text written about Ponte Rosso (Mantova, Italy) on the first edition of OIGO (International Observatory on the Major Works) entitled “The Third Island”, curated by Antonio Ottomanelli and Promoted by Planar.

The first Major Work is the city itself.
There are many cases I could give as examples of Major Works, but there is one case in particular that I have had at heart and have wished to talk about ever since I became Administrator for Urban Regeneration in the city of Mantova, that is, Ponte Rosso, or the ‘Red Bridge’ zone.

Ponte Rosso is a suburban area on the outskirts of the city surrounded by state roads to the east, the railway to the west, by canals branching off the river to the north and by a roundabout to the south. A ghastly suburban area, like many city suburbs – property speculation buildings promoted by local administrations between the 1980s and 2000, which have been abandoned because of the economic crisis since 2009. Half of the area of Ponte Rosso is made up of residential homes, some of the worst examples of architecture I have ever seen, the rest is made up of two pavilions allocated for commercial use – two skeleton structures which have never been finished because the building company went bankrupt even before taking on this terrible investment venture.
As with all new building projects, the owners were forced to pay a bank guarantee in advance in order to ensure that the urbanisation work was carried out, that is, public construction work that a private entity has to pay the local council in exchange for the profits that will be made from the building work.

What is paradoxical is that the estimates of the PGT, the local planning regulations of Mantova, which are among the most advanced in Italy because they conform to European Laws, force you to spend a million euro in bank guarantees to build a car park planned for a commercial centre which will never appear. However, if you do not, you will be forced to reimburse the private entity, being guilty of keeping an area of the city in a damaged state, a state of depression.

But who reimburses the citizen for having lived a shitty life for twenty years? Legal procedures.
I have visited many poor parts of cities: the favelas of San Paolo, the comunas of Bogotà, the slums of Nairobi and Mumbai, the microryon of Moscow. These places, although their living conditions are dramatic – with hygiene problems, social and physical degradation, lacking in security and illegality which most of the inhabitants are subject to, they are places which conserve a particular dignity – they have a kind of fascinating aesthetic sense, a certain urban style.

Ponte Rosso does not even manage to be so ugly as to look like one of those suburban areas which, as architects, we love so much. It is simply ghastly.
There is a way to use those urban instruments which the city has had at its disposal since after the war – it is a political choice – but we never discuss these issues.

When we talk about a Major Work, we only think about its finishing touches, its scandals, of discussions that create news items. We cannot seem to understand the connection with the historical context in which it was created; we are not able to understand the influence that they have on the daily lives of millions of people.

We are not able to think of a Major Work as an infrastructure which, if used properly, is an instrument which we need in order to run the country. This is not just a question for Mantova or Calabria, it is not just Italian or European, but worldwide.