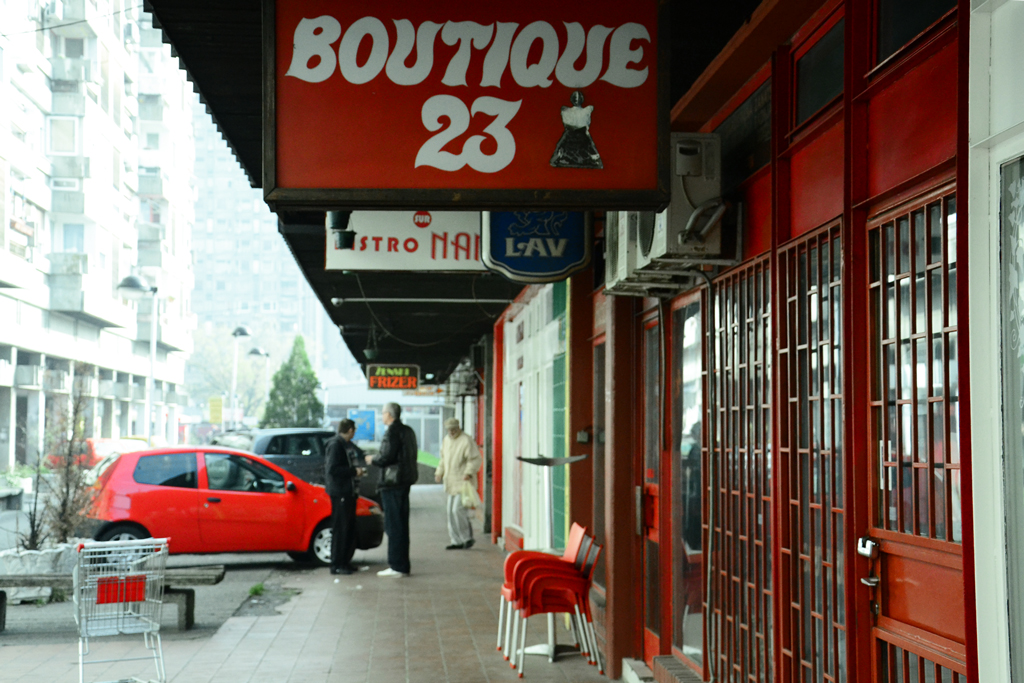 Today Balkans are the model of the European failure. © photo Lorenza Baroncelli

Balkans today are the paradigm of the European failure: the economic gap between countries of the north and countries of the south, the inability to predict the impact of the prolonged financial crisis on nations such as Greece, Spain and Italy, and the separatist pressures in states like The Netherlands, Finland and Austria, fueling fears that the old continent may experience a history like that of the Balkans.

The term “balkanisation” is still largely interpreted negatively—as a synonym for small-scale wars and fierce, bloody divisions between multiethnic communities. There is a need instead to observe and utilise the potential underlying the centrifugal forces. Since the breakup of Yugoslavia, Belgrade has been experiencing a slow relaxation of urban planning laws, in marked contrast to the strongly centralised regulations in force during the Communist era.

Today this process sees the coexistence of state and public buildings alongside private property without any clear legislation regulating the relationship between them. Despite the structural rigidity of the pre-existing urban fabric and the lack of regulations governing it, the city is demonstrating an unexpected capacity to accommodate and adapt to the needs of its citizens in this post-Communist period of transition.

Who is taking care of Belgrade’s transition?

The key players in this change are certainly not institutional figures (politicians, architects or urban planners). But neither are they the citizens, who in developing areas of the world such as South America, India and Africa are obliged to construct pieces of city with the means and technical knowledge at their disposal in order to satisfy their basic needs.

What is occurring in Belgrade, on the other hand, is a gradual revolution guided by the dreams of an emerging middle class (professionals, small-scale entrepreneurs and figures from Serbian culture and subculture), who are creating specific interventions by bringing together technical knowledge and territorial networks to conceive and construct a new design for the city.

The first is the relationship between cultural production and urban spaces, a situation exemplified in the story of DJ Buca and the BIGZ Building. The BIGZ is one of the city’s most famous, and most gigantic, brutalist structures of the 1930s. The former headquarters of the National Printing Institution, it remained abandoned for many years. DJ Buca, an irrepressible dreamer and a star of Belgrade’s underground cultural life, introduced electro-trance music to the Balkans, took hallucinogens in air-raid shelters, and animated the demonstrations of 1992, which led to the fall of Slobodan Milosevic.

In 1995, along with two partners, he decided that renting a space inside the still- abandoned BIGZ would be a forward-thinking choice, and so he opened Klub Studio 69. Within a few months, following a series of psychedelic parties attended by thousands of people, the BIGZ began to host the city’s most important cultural production and social spaces—recording studios, ateliers and lounge bars—becoming the fulcrum of Belgrade’s underground cultural scene between 1990 and 2010.
Another story, this time about the regeneration of the city’s degraded areas, involves Maja Lalić, the Mikser Festival and the Savamala district. Springing up at the point where the Sava River flows into the Danube, Savamala was Belgrade’s first urban centre. As one of the most important hubs for infrastructure and commerce in the Balkans, it has experienced periods of both ahence and decay, most recently during ) NATO’s embargo and bombardment of the city, when it was abandoned and became the city’s most dangerous area.Today the neighbourhood is experiencing a gradual rebirth thanks to positive initiatives like Mikser Festival.

The festival came into existence in 2000—through the persevering efforts of Maja Lalić—as a creative space open to young artists, designers and architects. It has rapidly become the Balkans’ most important art and architecture event and has forged itself an outstanding reputation.But the Mikser Festival’s importance goes beyond its status as an international event. Indeed, its significance also lies in its capacity to redesign the fortunes of Savamala, which has evolved from a decayed and unsafe area to become one of the city’s most fertile districts for creativity (with a consequent rise in property prices), successfully overcoming the lack of vision in politics and urban planning.

The third story regards the U10 collective and their gallery at 10 Kralja Milana. The breakup of Yugoslavia had major repercussions for the Serbian art world. While the cultural embargo limited its international influence, the country’s institutions only promoted work with strong nationalist leanings, thus marginalizing artistic practices that failed to correspond to prescribed criteria. Contemporary art, once excluded from the mainstream, has now returned to the country and its streets and is being renewed by collective processes.

In November 2012, a few young artists—who were fresh out of art school and well aware of the diculties of accessing the national and international art worlds—convinced a builder to loan them a large, empty, semi-concealed space on the ground floor of a residential building in the historic city centre. Today this gallery is, without a doubt, one of the most interesting in the city, not only due to the quality of the young artists’ work on show, but also because it undermines the complex economic dynamics of the art world.

These three stories are expressions of a hard, conflict-ridden and extreme city, but one that is, at the same time, alive and creative. In Belgrade melancholy and irony exist side by side. As a city, it has not attempted to erase its own history, conflicts and suering, but to build on them to create its own character, aesthetic and vision of the future.

It is a city made up of histories, passions, impulses, fears and those same emotions that the artistic disciplines (above all architecture and design) have, since rationalism, forgotten to catalyze and which we should perhaps begin to examine once again. This consideration may help to reveal not only new technical and artistic directions, or fresh urban planning strategies to apply to our cities, but also act as a tool to reassess the potential that a balkanization process can unleash, as well as rethinking our identities as part of this incredible, and at times troubled, Europe. 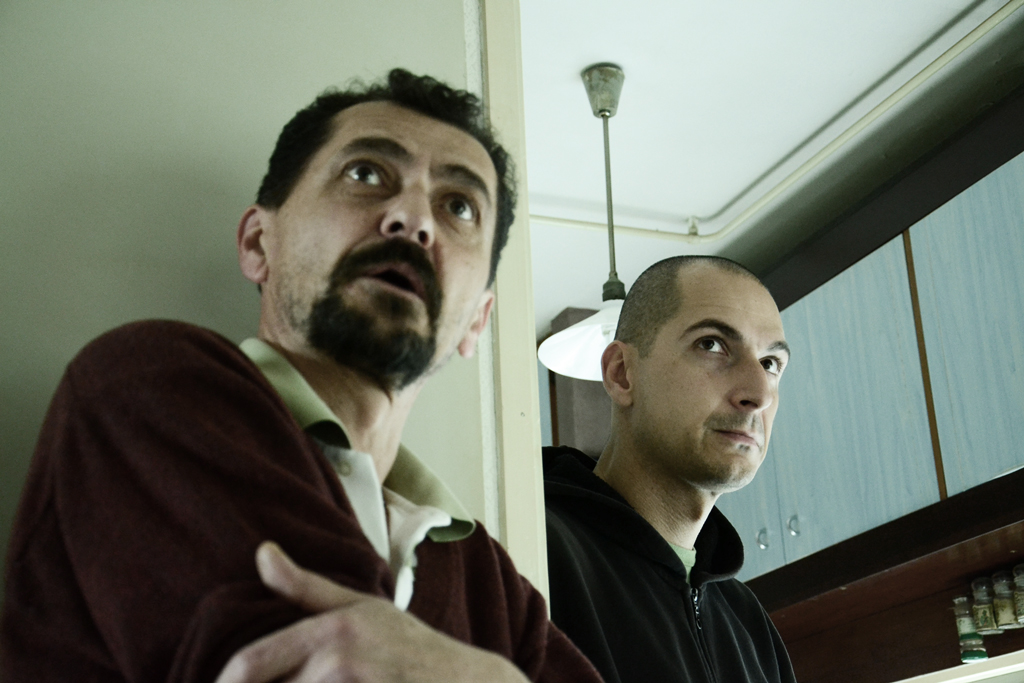 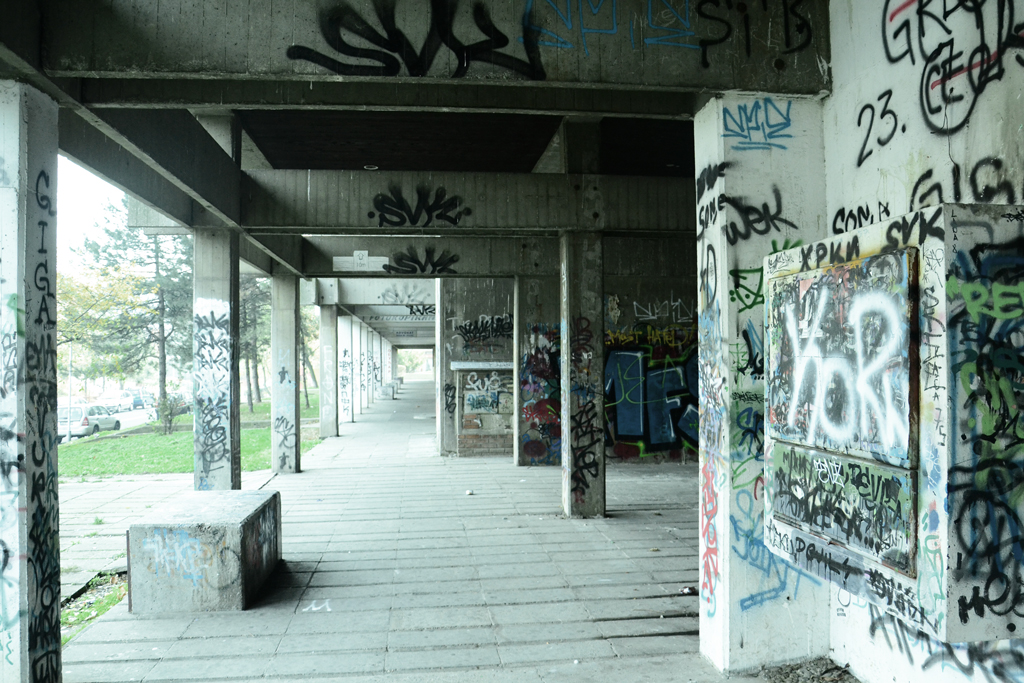 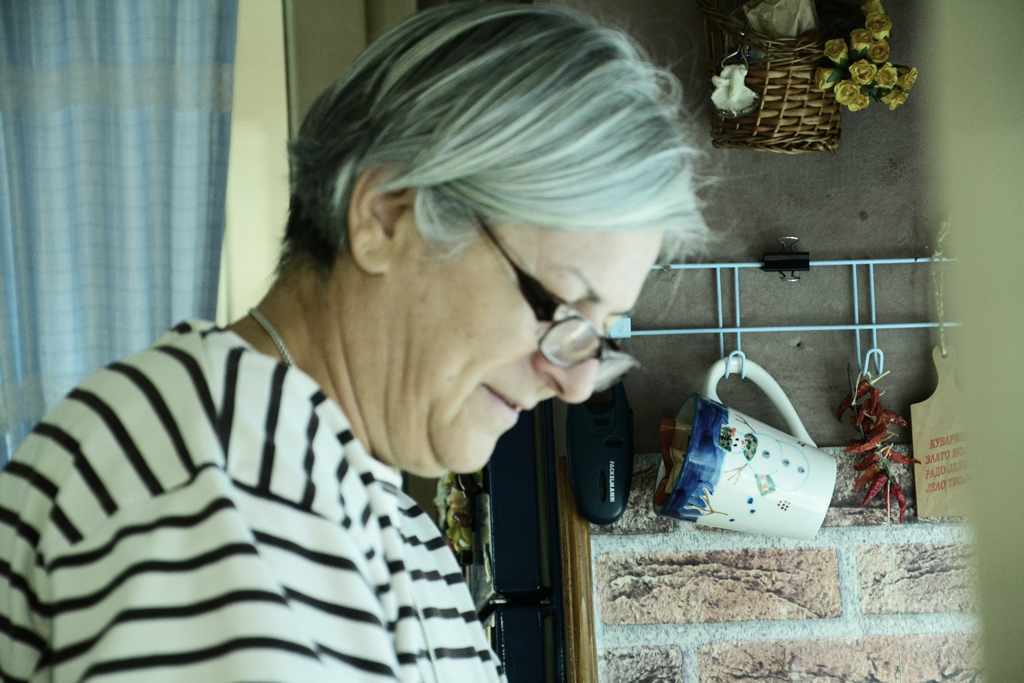 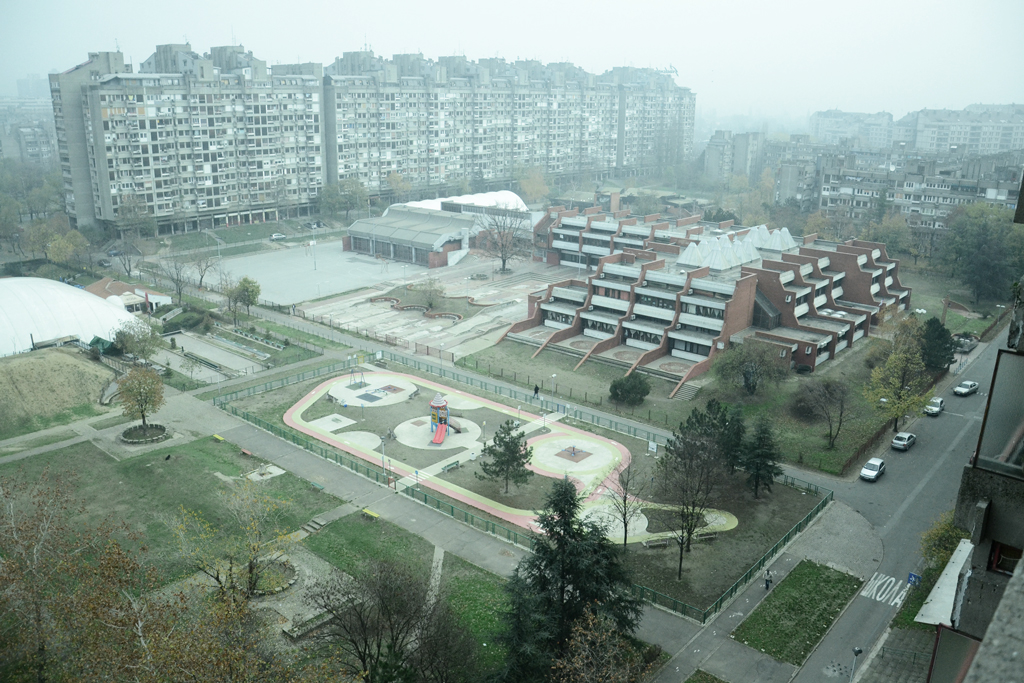 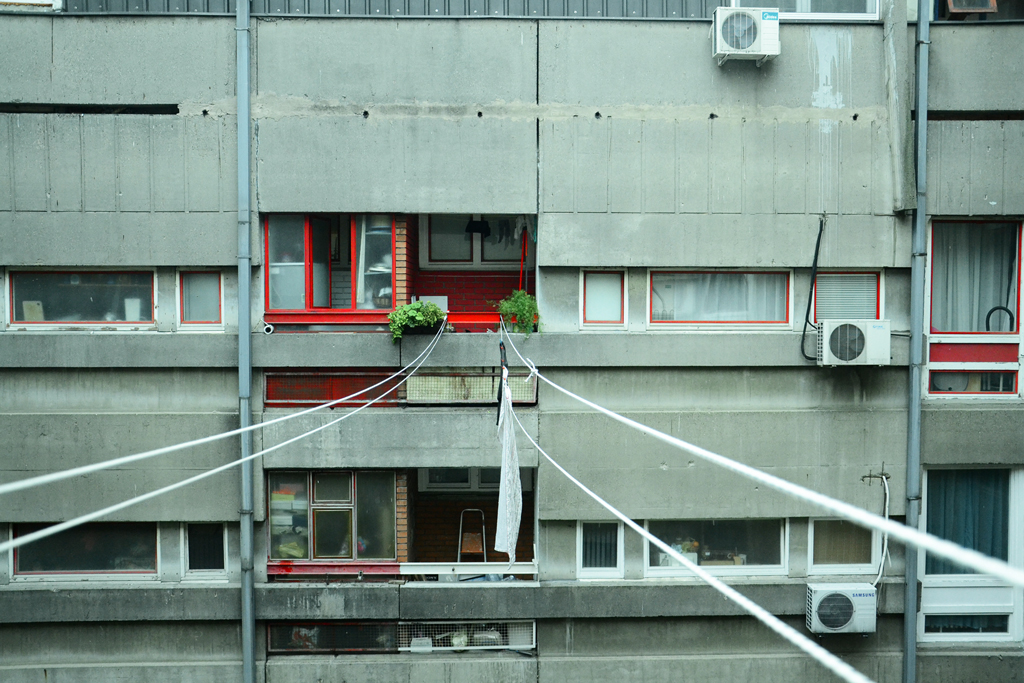 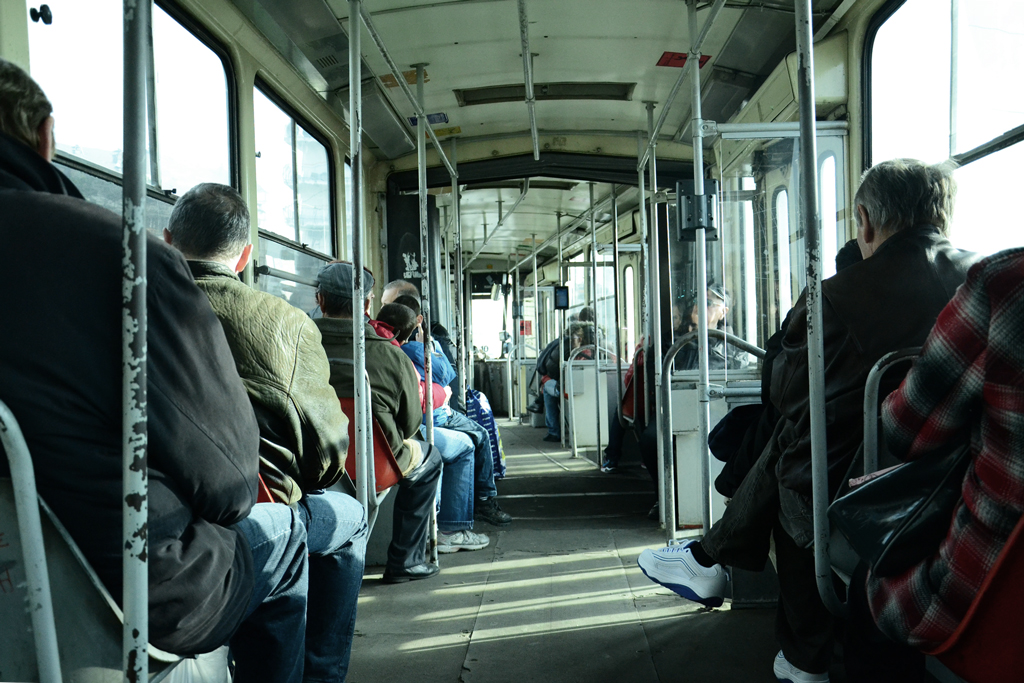